Two former New Jersey men have been arrested for assaulting US Capitol Police Officer Brian Sicknick, who died in the January attack on Congress, a report said Monday.

George Pierre Tanios was arrested in connection with the assault and death of police officer Brian Sicknick during the Jan. 6 Capitol riot. 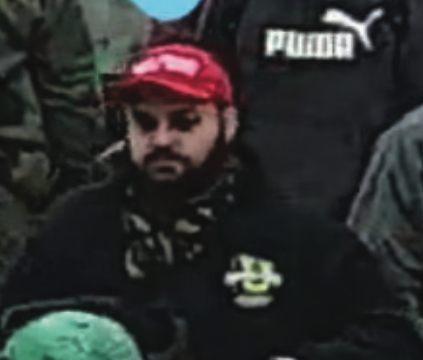 Jeroid Tindal, 47, was in his apartment on Taylor Street,…

Authorities have not charged anyone in connection with Sicknick’s death, since officials have not determined the exact cause.

However, video showed Sicknick being beaten in the head with a fire extinguisher during the rioting. He died in a hospital the next day.

The two assault suspects were nailed by tipsters who recognized their mugs from surveillance video and cop body-cam footage that the FBI had put out in the days after the violence.

USCP officer Brian Sicknick died due to injuries sustained while on-duty during the pro-Trump siege of the US Capitol.EPA

Khater currently lives in Pennsylvania and worked in State College, while Tanios is a businessman from Morgantown, W. Va., although both men grew up together in Jersey, the Post said.

Seeing double? Twins on the rise in U.S.

Seeing double? Twins on the rise in U.S.